A Ragnarok-style battle, witty dialogues and massive blood spatters... All these savory treats of a good boss battle sometimes would have to be earned through beating a rather unkillable villain. So, we’ve prepared the 10 toughest baddies the world has ever seen on PC.

The muscly capitalist, senator Armstrong is batshit insane according to Raiden. His caricature image of an aged football jock who fanfares the world, in which will power and nanomachines serve the goal of trampling the weak and poor, make him a perfect candidate for obliteration. But his HP meter won’t fit on your monitor.2Lord

In the final battle your goal is to hold the demonic battalions for 40 minutes. Archimonde has the Chaos magic and fire golems at his disposal — something that even a 3 race army of Orcs, Humans and Elves can barely fend off.

A mysterious and eerie lad, he’s a tourist traveling to Sovngarde. And beating you is somehow an important part of his tour. Beware of him once you reach the level 80. And if you manage to hand him his bottom, a set of marvelous artifacts will be yours.

Weatherbeaten war veteran, Jacob has that grimly serious face that gives you spine chills. And he’s actually way tougher to beat than Joseph with his sniping and guerilla skills. But smashing his head is always a cruel joy as his habit of kidnapping you throughout FC 5 gets out of hand at some point.

A hybrid of Sauron and Cthulhu, C’Thun will scorch you with acid, fry you with eye beams and have you with sausage and beans. A raid party coming after him had to consist of the super-experienced players only. But his current version has been greatly nerfed, so you can’t earn bragging rights anymore.

One of the worst bosses, Diablo had to be beaten in three stages. His appearance alone gave panic attacks to some players, as with every stage he wouldn't weaken. On the contrary: he’d gain even more strength to drive you mad with insane damage and speed.

A surreal abomination of a character, the Master barely gives any hints to his physical weaknesses. Maybe it’s his macabre looks, but some players shied away from the direct altercation with him. At the same time, he’s the only known boss whom you can drive to suicide with words.

A surreal being, Absolute Virtue is responsible for many cases of rage-quiting in Final Fantasy. With its 100,000 HP, it was nearly impossible to beat. It still takes weeks of preparation, even after nerfing, to virtuously beat the soul out of it.

CJ’s deceptive homeboy, Smoke was a tough nut in the original SA. For a chubby crack dealer he moved surprisingly fast. He was great at taking cover. And his shots barely missed the ouching target.

This apocalyptic entity takes two stages to beat. First, there’s a gargantuan sort of bird  that he rides — you will need tarantula’s tenacity to knock it out. Second, King’s own attacks are swift and sudden. Blink and you’re impaled. 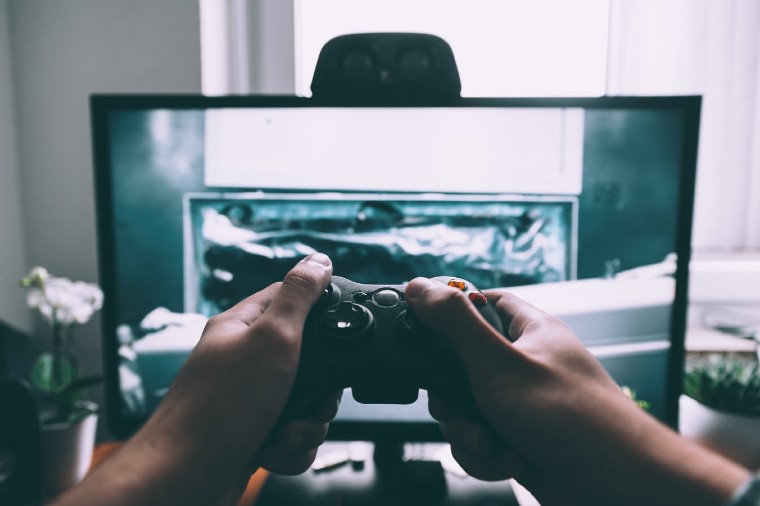 Other memorable bosses like Ornstein and Smough didn’t make it to our list. But you can search through the PC catalogue of cult games and learn who’s the toughest of ‘em all yourself. Good luck!

Avid rhyme maker, master of ceremonies, lord of the phones.